Epitome was a comic I published to Tapas and Webtoon originally in 2016. It ran for around... half a year? I created it with great love for the characters but.... not very much planning. I'd never done a comic before and decided the best way to learn was by the seat of my pants. When I stopped in the later half of 2016, it was because I'd grown very unsatisfied.

I took a break. In 2017 I started revamping the comic. I redrew it and kept a pretty steady update schedule for a little over a year. This time I stopped because working while trying to put out a long webtoon, fully colored, on my own every week was exhausting. Even though I'd had a little bit of a good response from others and even though I absolutely loved it, I couldn't keep up the work required. I learned a ton.

I still love Epitome. I still want to return to it. Because I'm me, it grew into a very large project when I was outlining it and currently is beyond my reach. I've considered turning it into another format - a game would be the dream, something with a lot of inspiration from the Persona series, but for now it's on hiatus. I do really want to return to it and plan to at some point in the future!

You can still read my second attempt on Tapas and Webtoon. 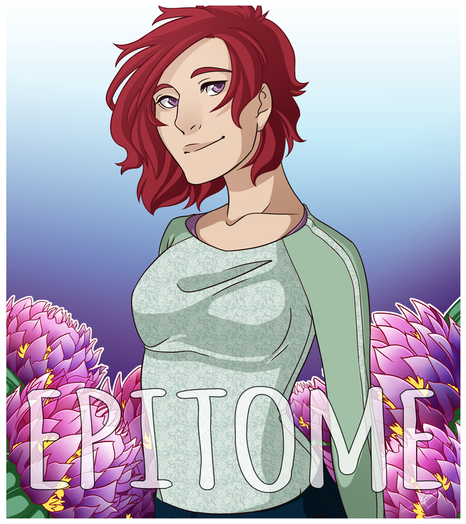